The Great Siege of 1565 – On 18th May 1565, a gargantuan Ottoman fleet made up of some 130 galleys and more than two hundred smaller vessels approached Malta’s shores to lay siege on the inhabitants of the Maltese islands.

The fleet eventually landed its 30,000 troops at Marsaxlokk Bay, together with a huge amount of guns and other weaponry. From there the troops marched towards Marsa and Marsamxett to set up camp.  Once settled, the various units trained their guns on both Fort St Elmo, located at the tip of the headland, today known as Valletta, and Fort St Angelo, located on Ta’ Hammona at the tip of the Birgu peninsula.

A few days later the Turkish admirals ordered their troops to start pounding the tiny fort of St Elmo lying at the tip of the peninsula of Xebb er-Ras, with its garrison made up several hundred men. This in order to take over completely the strategic position of the peninsula which dominated the ports of Marsamxett and the Grand Harbour.

After a month of fierce fighting, Fort St Elmo fell to the enemy, but not without a heavy toll for both sides. Hundreds of knights from the Order of St John as well as Maltese and foreign soldiers who defended the fort died. When the Ottoman janissaries entered the fort they found only a handful of brave soldiers heavily exhausted from fighting. On the Turkish side, the famous general Dragut had died amongst hundreds of other Turkish casualties.

After six months of fierce fighting, mainly on Senglea and Birgu, on September 8, the church bells pealed in rejoicement at the lifting of the siege, claiming victory to the Knights, the Maltese and the Catholic faith. The Great Siege may be considered to have been a huge boost to the morale of the Order of St John after their upsetting defeat in Rhodes in 1522. This decisive victory led the Order to decide once and for all to settle down in Malta permanently. Six months following the end of the siege, the foundation stone of a new administrative capital city was erected on the peninsula of Xibb er-Ras, to become Valletta.

Bishop Cagliares (1615 – 1633)     Cagliares was the first bishop of Malta ever to be born in Malta. He was born in Valletta in 1575. Prior to his election to the bishopric in May he had been employed by the Order of St John as its auditor. On being appointed bishop he decided that his palace should shift from Birgu to Valletta. It seems that in spite of his being nominated by the knights as the bishop of Malta, relations with the Order soon turned sour. His plans to shift his residence to a location so close to the Palace of the Grand Master in Valletta was not appreciated at all by the Grand Master of the time, Alof de Wignacourt.  No other Maltese was ordained bishop by the Order of St John and it was only in 1831 that another Maltese was elected. This was Mons. Francesco Saverio Caruana, approved by the British authorities, because he had proved himself a leader during the blockade of the French in 1798-1800.

Malta – The Nurse of the Mediterranean – The ‘Great War to end all wars’  had started in June of 1914. By February of 1915 the scene of military engagement spread to the Straits of the Dardanelles as the British and French sent their navies and troops to land in Gallipoli. The battle there stalled into a stalemate as the Ottoman that were allied to Germany and Austria, proved stronger than anticipated and many Allied Forces, which included Australian and New Zealand troops known as ANZAC, dug themselves inside trenches.

By May of 1915 while many French, British and ANZAC soldiers died in battle, thousands of wounded were brought over to Malta to be nursed back to health. Indeed Malta became known as the ‘Nurse of the Mediterranean’. Some 30 military hospitals were set up ad hoc out of what were otherwise normal residences or public buildings. Whenever the wounded disembarked in the Grand Harbour, the Maltese populace used to line up the streets to watch them being carried away in makeshift ambulances to one of the hospital. The crowd often presented these soldiers with cigarettes and sweets and even flowers. It is estimated that Malta nursed some 135,000 wounded. Many however, succumbed to their wounds and some 1,500 soldiers were buried in Malta, most of them in the Pieta and Kalkara Military Cemeteries. Meanwhile, it is also known that some 590 Maltese who were enlisted with the ‘labour corps’ to assist with logistics died in the fields of battle.

Internees and Deportees – In May of 1940, some 120 persons were rounded up by the police on instructions of the British authorities to be detained indefinitely under arrest, as long as the war against the Axis powers in view of the foreseeable war with Italy. These detainees were arrested for their overt sympathy towards the Fascist regime and thus to eliminate the risk of local subversive actions that might jeopardise the security of the Islands. Amongst the inmates there were such distinct persons as Malta’s Chief Justice, Sir Arturo Mercieca, his wife, daughter and son; the Nationalist Party leader Dr. Enrico Mizzi, Herbert Ganado, the editor of the Maltese Church’s newspaper Leħen is-Sewwa were also interned. Most of these were detained at Fort San Salvatore, located on the  outskirts of Birgu. When the fort was bombed by enemy aircraft the detainees were transferred to Corradino Prisons. The detainees protested vehemently, claiming that they were now being treated not less similar to criminals.  Moreover, Corradino was also very much at risk at being targeted by enemy fire as it was close to the port and to the dockyards. Subsequently, the internees were moved to St Agatha’s convent in Rabat. Eventually, in February of 1942, forty three of these internees were deported to Uganda where they were to stay until the end of the war in 1945. 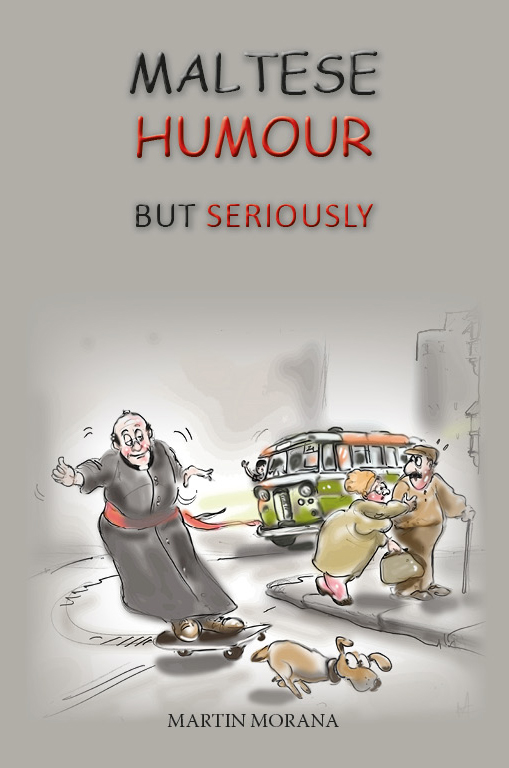