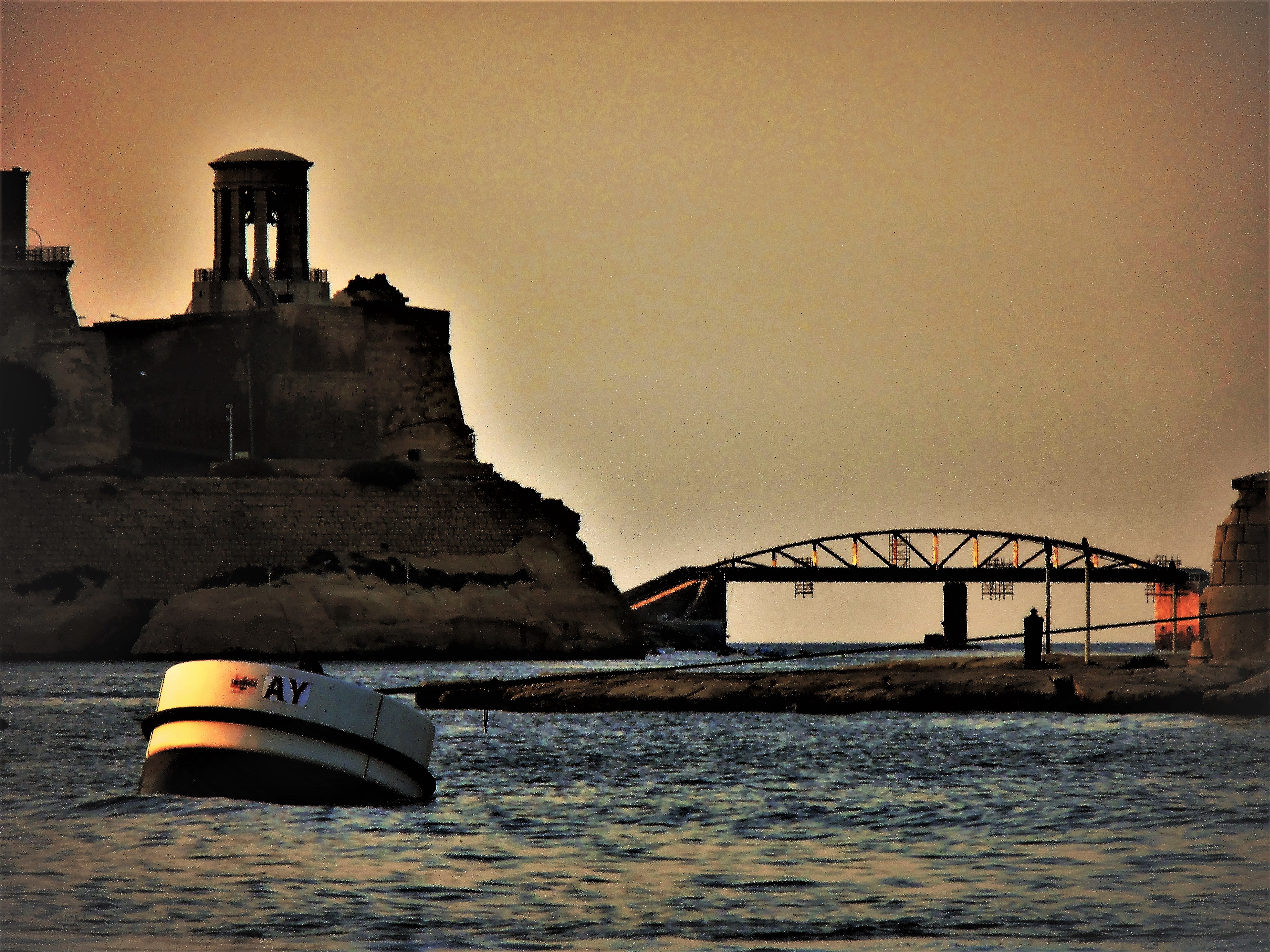 In 1877 the outbreak of the cholera epidemy in Malta started in early August. It spread like wildfire and lasted for several months. In all, 450 persons out of a total of some 600 afflicted died. The major symptoms of the disease of cholera  are profuse diarrhea and vomitting, leading to rapid dehydration. It took only a  matter of a couple of days for the patient to succumb and die of this malady. There was then no actual cure for this disease, only supposed remedies to alleviate to a limited extent the sufferings. Such remedies included scrubbing the patient with hot salt water, potions of spirit of camphor and  cocktails of herbal mixtures such as that of mint. The health authorities recommended  not to eat fruit and to heat water to boiling temperature before consumption.

The first time cholera epidemic to reach Malta in the 19th century was in 1836. Cholera was very probably imported from India or from Egypt and transmitted initially by soldiers and sailors of British merchant and naval vessels. Other serious outbreaks of cholera in Malta occurred in 1854 and 1865 and 1887. The bacterium that afflicts humans is known as vibrio cholera. The source of the malady is often contaminated food or water by human excrement.

Maltese  becomes one of the official languages of Administration

Letters Patent of August 16, 1934 declared English, Maltese and Italian as the official languages of Malta.  However, of these only the English language was to be the obligatory medium of administration.  Maltese and Italian translations were to be optional, that is, these languages were to be used only wherever and whenever convenient. Maltese was to become the general language of administration in the law-courts. The letters patent were followed on August 21 by a proclamation issued by Sir David Campbell, Governor of Malta. This was to be activated as from October 1. Members of the judiciary were very reluctant to accept the Maltese language in their course of work as they claimed that this language was an inadequate tool to carry out court cases as it lacked all the terminology that one could find in the Italian language. This step was followed by another proclamation in 1936, when Italian was dropped from one of the three official languages and Maltese became the official language of the courts. All the above must be taken as part of the effort from the British administration to eliminate Italian from its hitherto privileged position as Malta’s main language medium. It should also be understood that Britain was then feeling very much threatened by Mussolini’s rise to power and his ambitions to reach his ideological ambitions in Italy and beyond.

On 10th June 1940, Mussolini declared war on Britain and France. From the following day up until May 1943, Malta was to bear the brunt of thousands of air raids originating from nearby Sicily, just 90 kilometres North.

As from mid January 1942, the situation in Malta turned from bad to worse as the German Junkers and Stukas took over and flew over Malta for the first time to attack HMS Illustrious inside the Grand Harbour. During the months that followed air raids increased as more sorties took place and aiding convoys were blocked and sunk. Seventeen convoys in all had been organised in aid of Malta throughout the war years. Some of these departed from Gibraltar, others from Alexandria.The Maltese population soon was to suffer from malnourishment and ill health. By June of that year, the Malta Air Command had warned London that there remained only a few weeks’ supply of aviation fuel.

In the early weeks of July, the British Admiralty decided to support Malta in its resistance by another convoy. This convoy, code named Operation Pedestal, was made up of 14 merchant vessels, some of them laden with fuel while others were to carry other important provisions. These were escorted by 38 destroyers and 3 aircraft carriers. This was the largest escort yet deployed for a single convoy.

The operation was put together on 9 August 1942, when all ships entered through the Straits of Gibraltar into the Mediterranean. Once the journey across the Mediterranean commenced, the Axis powers got wind of the anticipated rescue mission. Axis commanders immediately sent ten submarines into the Sicilian Channel and German and Italian aircraft that were based in Sardinia took off and closed in to destroy and disband the convoy.

The harshest attack on the convoy and its escort occurred in the morning of August 11. During this attack the aircraft carrier HMS Eagle was hit by four torpedoes from submarines. She sank 79 miles south of Cape Salinas, South of Majorca. Some 160 members of the crew out of 927 were died. Yet, while HMS Eagle was being torpedoed, HMS Furious successfully flew off 37 Spitfires to Malta, while still some 1,000 kilometres away.

Throughout the days of August 12 and 13, the Axis forces kept coming back to annihilate the convoy and its supporting naval assets. The raids were led from the air by Junkers and Stukas, while E-boats and submarines threatened the convoy from the sea. On August 13, the convoy passed through minefields that had been placed between Africa and Sicily. Then fifteen more attacks were unleashed by 8 Italian and 7 German torpedo-boats. The merchant ship Wairangi and the Almeria Lykes were hit and disabled while HMS Manchester was torpedoed by two Italian E-Boats. The Waimarama was hit and burst into flames as the fuel stored on deck exploded. The ship sank and 80 of the 107 crew killed. The tanker Ohio, which was the vessel carrying the largest amount of fuel, was attacked by 60 Stukas.

Eventually, on August 15, at around six o’clock, The Rochester Castle, Port Chalmers and Melbourne Star steamed ahead and were able to reach the Grand Harbour. The Brisbane Star too, arrived in Malta, its bow torn off by a torpedo, but was able to unload its supplies.

On August 15 the prize ship Ohio carrying thousands of tons of fuel, having been heavily battered by air attacks, was towed into the Grand Harbour at 9.30 am. Crowds waved and cheered from on top of the bastions of Valletta while a band played the Rule Britannia. The tanker was just able to discharge its cargo into two tankers, then she sank to the bottom.

This convoy operation was to cost more than 400 lives from the Allies’ side. Only five of the original 14 merchant ships reached Malta. From the enemy side some 40 aircraft were shot down, out of a total of some 330 that had attacked the convoy. Nine merchantmen were sunk, as well as one aircraft carrier (Eagle), two cruisers (Manchester and Cairo), and a destroyer (Foresight). Still, some 32,000 tons of fuel cargo had made it to Malta, enough to extend Malta’s lease of military mobility by some ten weeks, over the existing amount of fuel.

Immediately following the replenishment of fuel supplies, it was again the British Airforce’s turn to harass Axis convoys trying to reach North Africa from Sicily. Indeed Allied forces sank some 100,000 tons of Axis shipping that included fuel destined for Rommel. This had the effect of depriving the General of much needed supplies for his assault on El Alamein in October of 1942.

Nevertheless, the defence of the convoy had proved to be a great loss for the British Navy, but proved to be provide some regeneration of fighting power for the Maltese and the British military personnel stationed on Malta to continue on with their war efforts.

The master of the tanker Ohio, Dudley William Mason, was awarded the George Cross medal for showing his skills and courage. It was due to his determination that, in spite of the persistent enemy attacks, his vessel, with her valuable cargo, reached Malta. 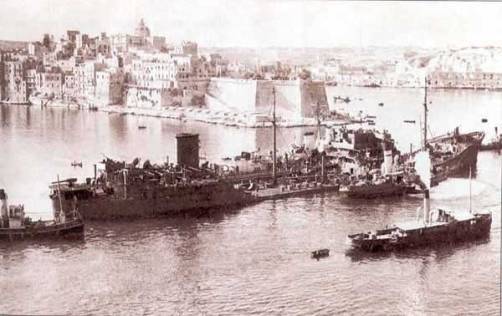 A New Constitution for Malta

Letters patent were issued on August 31 of 1947, to declare that a new constitution had been awarded to Malta. The 1921 ‘Amery Constitution’ was now superceded by a new one, the so called ‘MacMichael Constitution’. Like the ‘Amery Constitution’ this allowed for a government that would be autonomous,  within a diarchycal framework of administration which meant it was susceptible to overuling vetos from London. This time, there was to be a House of Representatives shorn of a Senate, the latter being eliminated. The electoral franchise was to be based on universal sufferage, meaning that voting was now eligible to all those over 21 years of age, and that included women. Election of political representatives was to be based on a single transferable vote system.